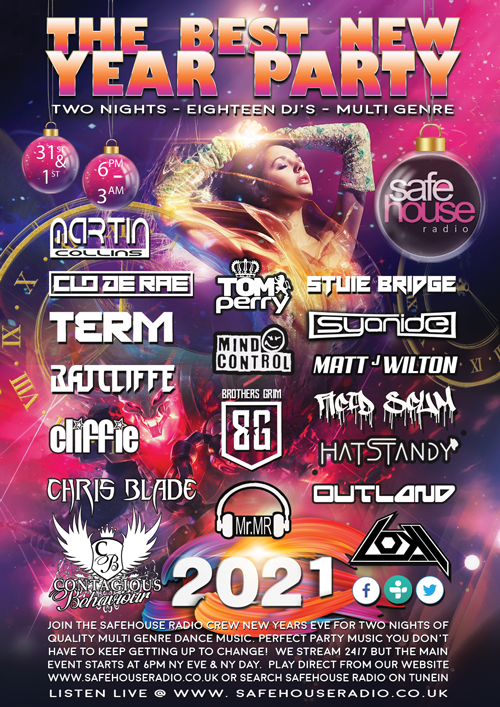 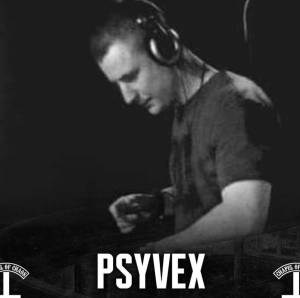 The hardest show on earth! Psyvex will without doubt leave his mark on Safehouse Radio every 3rd Wednesday from 9pm with Kick Distortion. Turn it up! Or maybe not... 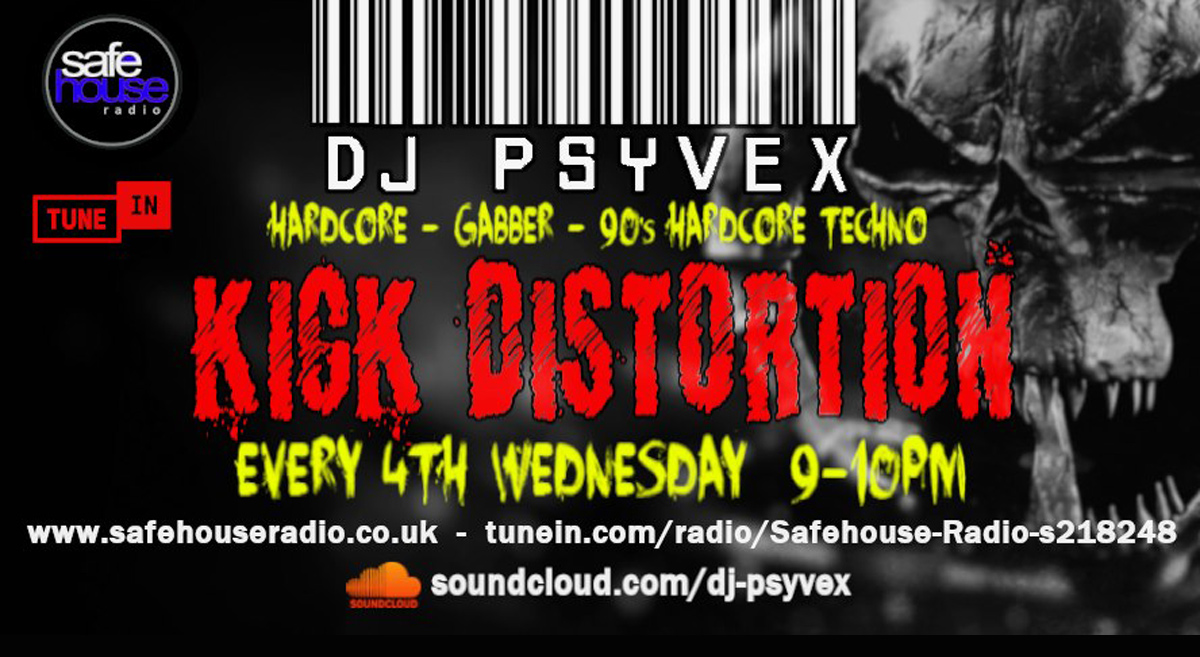 Psyvex has always loved music from a young age, his passion really grew back in 97/98 listen to rave tapes from the mighty Helter Skelter. Hard trance was favourite at the start, one day he put a Scorpio tape into his Walkman and the love for the harder edge of harder styles was born. Soon after the this he bought his first set of turntables. Record shopping at least twice a month in the Spun-Out record shop. That then opened his eyes to more of the harder styles. Buying Acid Techno, Hardcore, Gabber & Freeform, his record collection started to grow as did his passion.

A group of mates, including himself started to go to events almost weekly, as a group their passion then turned to running their own events called Energycore. Many events were run by the guys and
they played along side some of the biggest names in the hardcore genre. In 2004 he then got an opportunity, after sending a mix tape to Hardcore Heaven, to play in their new talent arena, this was set up in the foyer of the mighty Sanctuary in Milton Keynes where he played millennium gabber.

Energycore teamed up Square One and started to combine forces as their nights grew more popular. They were also residents at the Bass Disfunktion and then later United Federation of Hardcore
UFOH. Sadly, that finally ran its course due to closures of various venues. His passion for music never went away and collecting music never stopped. Due to family and work life there were many years where he would only DJ as a hobby. He then had a few years of trying production and working with various names in the hardcore scene (Hattrixx, Joey Riot, Kurt) paying for studio time with them, to make a handful of tracks. All six of these tracks were released on various labels. But due to family life and not having enough time, this also faded away. Fast forward to 2017/18 and he wanted to start picking back up his passion and doing more. In 2019 he was/is a regular at the fast-growing Gabber event Called Chapel of Chaos, run by Olly Thumpa. He got the opportunity to play at their ‘Back to The Nineties’ event, where he played alongside a group of his piers (Scorpio, Marc Smith & Leviathan amongst others) and even had 2 of his favourite MCs on his set (Ribbz & Squidgy B).

Psyvex now releases fortnightly gabber mixes on his SoundCloud ranging across all the years that got him to that point. He would love to have more DJ sets at events and has now started a monthly radio slot on Safehouse Radio, every 4 th Wednesday of each month, where he gets to share all the music he loves. 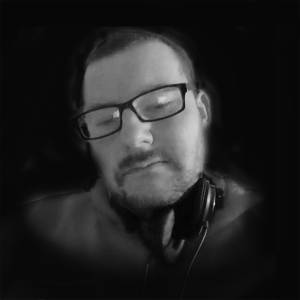 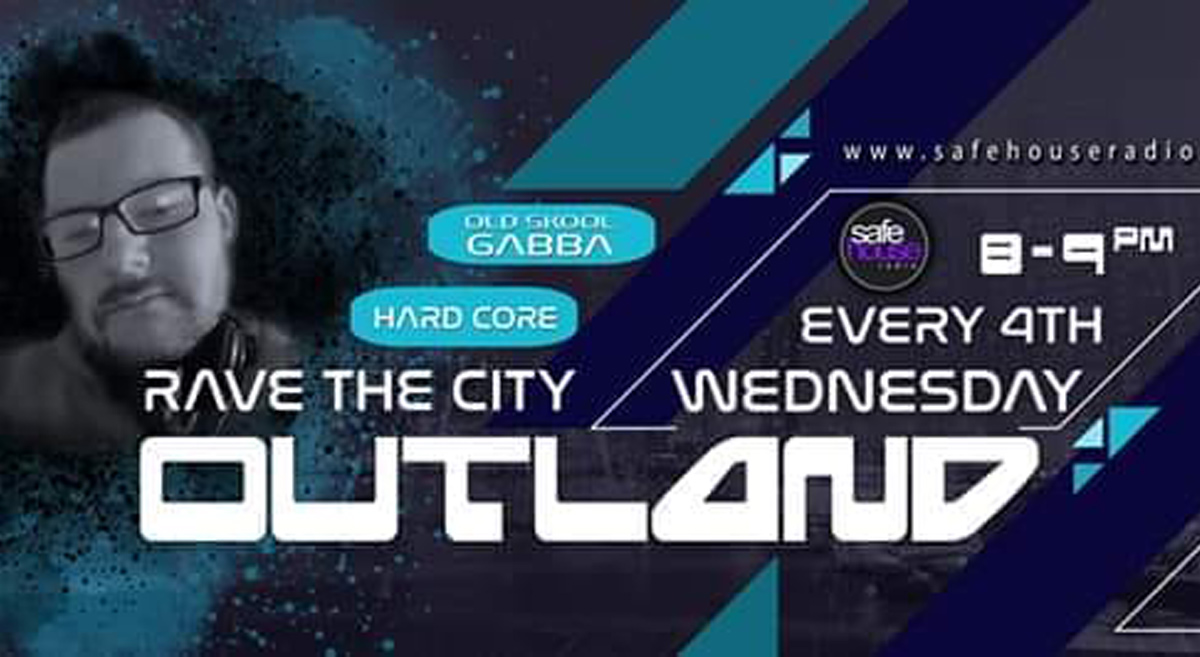 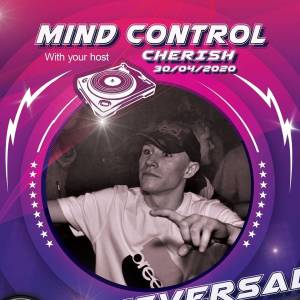 If you like it hard and you like it fast, look no further than Safehouse Radio & Enter Your Mind every 2nd Wednesday from 9pm, for 2 hours of in-your-face largeness with Mind Control. 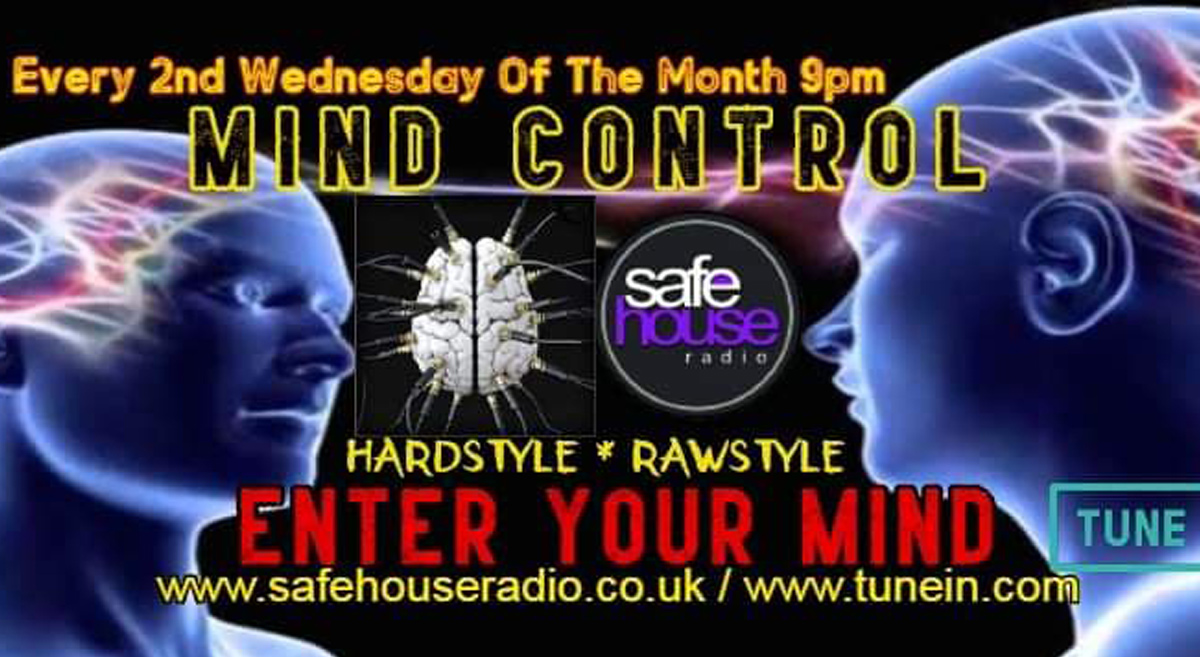 Mind Control initially got into dance music in his teens around 2004 and was introduced to hardcore and began listening to this until he heard Mark E.G & M-Zone who completely changed his preference of dance music to the harder edged sounds of European hard trance and hardstyle.

He first ventured out raving after he had just turned 17 and went to Atmosphere at The Grove in Seaton which and was immediately hooked on the vibe and regularly attended the Atmosphere events until its final event in 2014. After hearing Sam Punk at Atmosphere in 2006 playing a hardstyle set this changed his preference of style for dance music towards hardstyle from hard trance which was further enhanced after going to Westfest that year and seeing hardstyle artists such as DJ Zany and Technoboy. Mind Control has loved hardstyle ever since and although hard trance is always a love of his, his preference has been hardstyle and he has been to large festivals in Holland including Defqon 1, Decibel and Qlimax which all showcase the hardstyle sound.

He started DJing in 2010 and brought his first set of vinyl decks mixing hard trance and hardstyle which is where his passion for dance music has always leant towards. Around 2013 his preference for music style got even harder with the introduction of raw hardstyle which he started mixing and is a combination of hardstyle and Dutch hardcore techno and leans more towards the early hardstyle sound.

His biggest musical influences are Gunz For Hire, Delete, D-Block & S-te-Fan, Coone and D Sturb among others. His passion and love for the music has always been consistent and in 2020 he was given the opportunity to came to Safehouse Radio and share my love for the harder styles with its listeners.