Join Pantelis every fourth Monday from 8pm for a selection of progressive house, tech house & techno with his show Definitions. 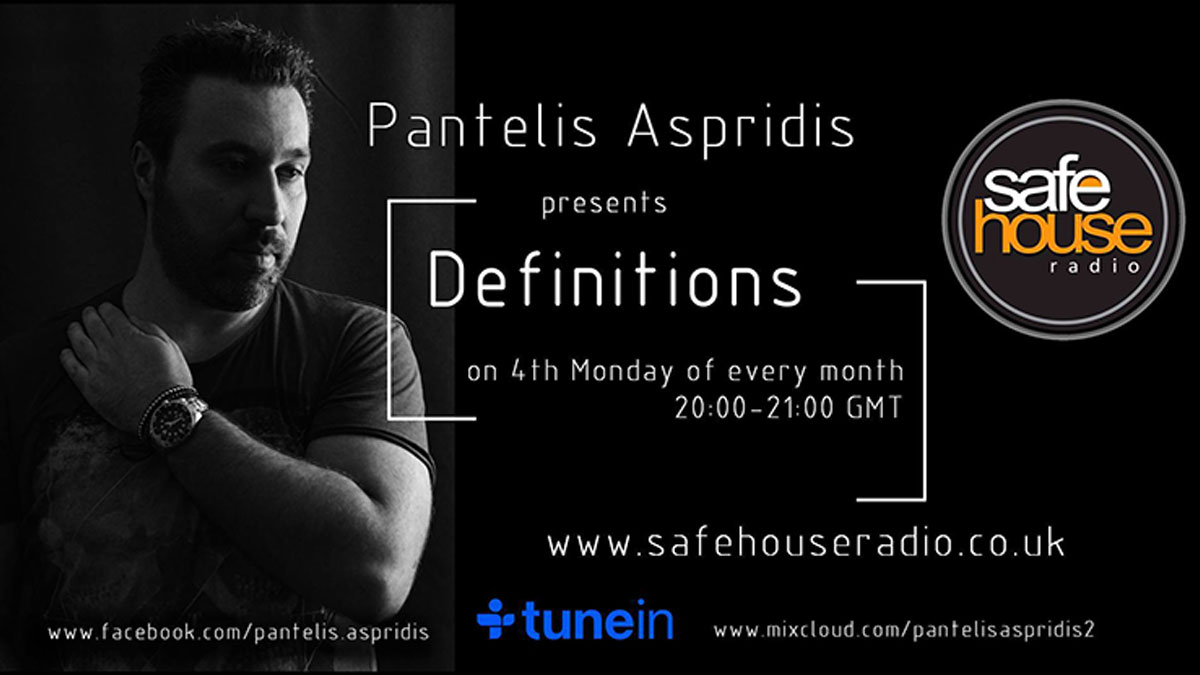 Pantelis Aspridis Dj and producer was born and raised in Greece. From an early age he was passionate about electronic music, listening to CDs from DJs such us John Digweed, Sasha, Hernan Cattaneo etc. who were his biggest influencers and led him into the world of DJing.

His first residency was on 1997 at a local bar for eight years, after that he has been played in bars,clubs and festivals.

He has been a participatant in Burn Residency, Red Bull, BMC and Miller Soundclash,Quivver’s Selador and Sasha’s Last Night On Earth DJ competitions.His style is recognized by the energetic underground sound from deep to progressive and techno ,trippy, melodic and groovy.

Since 2017 he has been hosting his own monthly show Definitions on Safehouse Radio and on Proton Radio.

Tweet
More in this category: Previous Brooksie Next PsyCartel
back to top