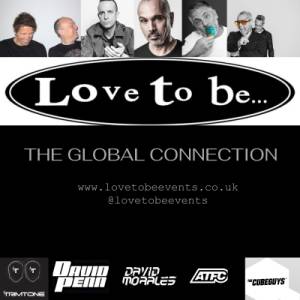 Join Trimtone, David Morales, David Penn, The Cube Guys and ATFC from 7pm every Tues for 2 hours of the very best in House, Deep-House, Tech-House, Soulful House.  This is Love to be... The Global Connection Show! 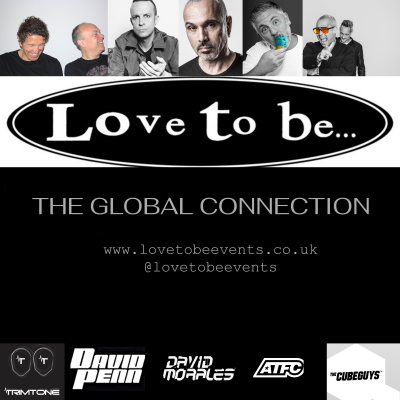 Love to be...was established in 1994 at theMusic Factory in Sheffield and is known forbeing one of the original Super Club brandswhich contributed to shaping modern daydance music culture.  Love to be… quickly established itself as a leading brand withinclub land by winning Mixmag club nightof the year in 1996 in which year their firstLove to be… Album was released.  Love tobe... has invited the world’s top DJs to gracetheir decks including Pete Tong, RogerSanchez, Eric Morillo and has made stars oftheir resident DJs.  Love to be... pioneeredthe concept of glam clubbing to a stylishhouse soundtrack and has gone on to standthe test of time continuously moving withtrends and culture for 3 decades and is nowone of Europe’s longest running events.Over the years Love to be... has spread its gospel via tours up and down the UKfrom the Ministry in London to Mint clubin Leeds and Sankeys in Manchester,  and has held overseas events in Ibiza (atPacha, El Devino, Eden and Es Paradis),New York, Dallas, Sydney, Singapore, Dubaiand Amsterdam to name a few. In recentsummers Love to be... has returned to Ibizafor a series of parties in San Antonio withPukka up boat parties and at the legendarySpace with Carl Cox.The official Love to be… History of houseSheffield event in 2016 at Magna pulled ina staggering 5000 people and the past 2years has seen the team hold sell out eventsaround the U.K
Tours and themes Love to be... nights are lavish events where the emphasis is on quality underground house music. All star line-ups including Masters at Work, Sasha, John Digweed, Graeme Park, Todd Terry, Brandon Bloc, Tony Walker, Paul Taylor, Marc Dennis, K Klass, Jason Herd, Marshall Jefferson and many more have frequently graced the decks at love to be… parties. Love to be...theme many of the tours to suit the venue. In London recently, at The Embassy Club, they held a “Love to be... red carpet” party. At these events they invite celebs to come and party, sometimes letting them loose behind the decks in the case of Take That’s Howard Donald, Culture Club’s Boy George and boxer Nigel Benn to name a few. Love to be... has invited some of the best PAs and musicians to perform at events including Ce Ce Rogers, Shovell, Angie Brown, Chrissy Ward, One Foot in the Groove, Alexis Hall, Alison Limerick and many more. Our 25th Anniversary will take the crowds on a journey through house, from the Mid 90s when the outdoor raves went indoors and the term super club was born, right through to present day with an unrivalled selection of the tunes championed over the last 25 years. Not many brands get the opportunity to celebrate 25 years so be part of History and bring Love to be… to your venue. 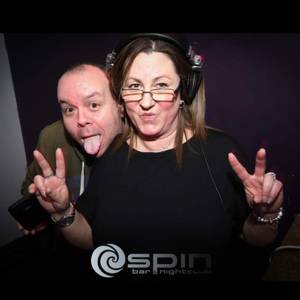 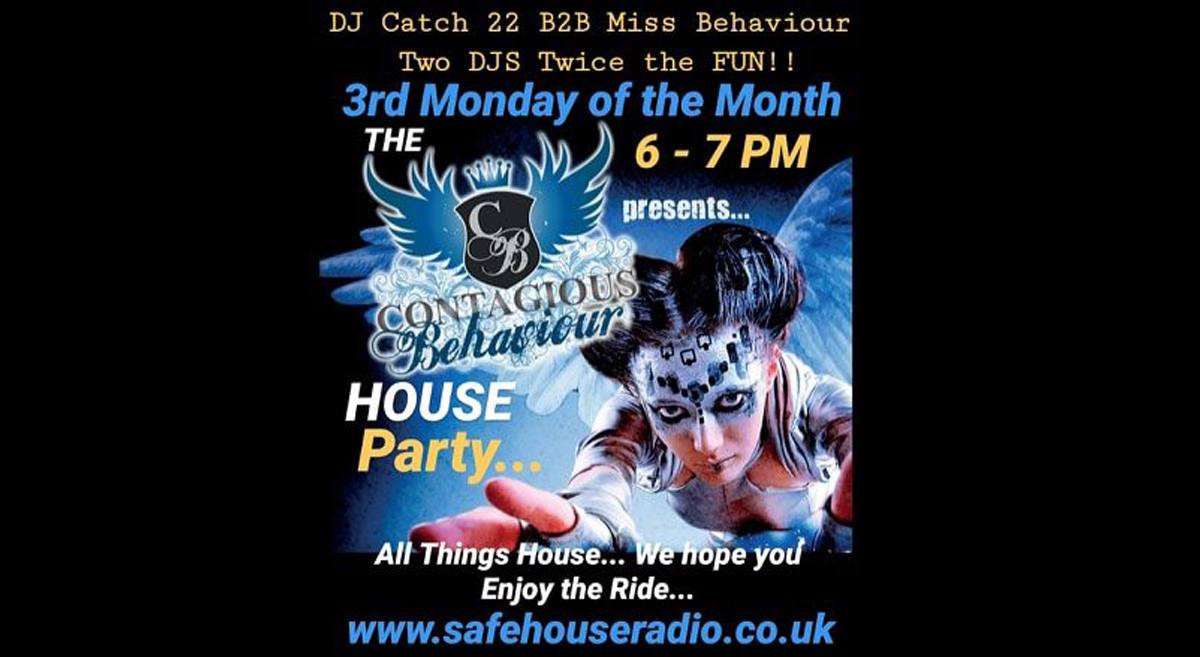 A journey of all things House... Contagious Behaviour are DJ Catch 22 & Miss Behaviour.

Est. 1973: With years of experience, Darren, aka DJ Catch 22 is a well seasoned and established DJ who likes making shapes and Mixtapes.

They aim to have the listeners smiling, shouting, shuffling and dancing every 3rd Monday of the Month. They say, "We're just 2 DJS that like to entertain, we hope you enjoy our shows...!" 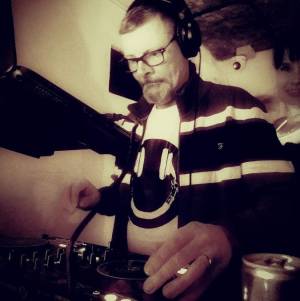 The Joy Of Tech is an invite into the world of Pete B, the very best in House & Tech House, every 1st Saturday from 8pm. 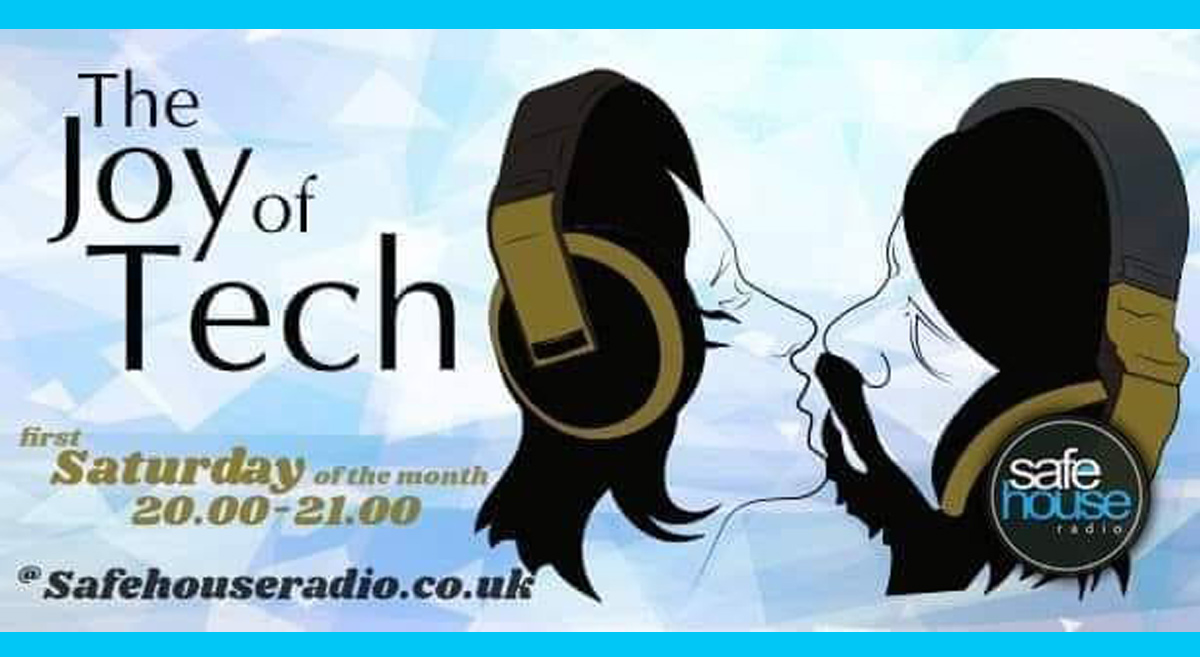 Pete B has been Djing since 1989 when he began running club nights and putting on events in Oxford and the surrounding area, a child of the acid house generation.

After taking some time out to do normal stuff, he has been playing again for a couple of years. His show is an hour of the best in electronic dance music. Think tech, deep, progressive and minimal and you will be in the right place! 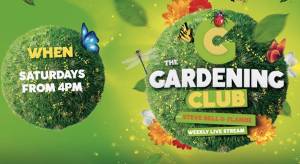 Loving DancersHip's show Delicious? Then join Flambe & Steve every Saturday from 4pm on Mixcloud for their live show Gardening Club.

You can find them at mixcloud.com/DancersHip playing the very best in 'deep & soulful house'.