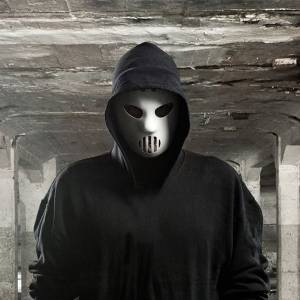 Dj Merlin brings you a magical mix up of Old Skool, Hardcore, Hard House, Trance, Hard Trance and Techno on the 2nd and 4th Wed of every month from 7pm with Magical Moments.

Spinning since the early 90's Tony Aka 'Dj Merlin' originally started performing in the house scene playing at venues such as The Black Orchid and The House in Nottingham, Crystal's which is now the Emporium in Coalville, Hartley’s in Leicester, Echo’s in Loughborough plus many more. Back then Tony was mixing it up under the name of Dj Tony G and it wasn't until the mid-nineties that he found the Hardcore scene and decided to move away from performing in the house scene.

Tony then took on the name Merlin as he was into magic in a big way back then and this was the nickname given to him by close friends and the name stuck. In the following years he frequented many hardcore events such as Diehard every Friday night and went to many nights at Helter Skelter, Slammin Vinyl, Dreamscape, Hardcore Heaven, North, Vibelite…. just to name just a few.

Over the years Tony Merlin has played at many hardcore events all over the country and after taking a break from the scene to concentrate on his new family and work… he's now back out spinning tracks from across the genres, bringing together the best of the old with the best of the new.

Safehouse Radio | All Day - Every Day

Hello thank you for taking a look and hopefully a listen to our station.

Are you a DJ who can commit to a regular show?

Are you a music Blogger or Vlogger who wants to come on board?

If so please get in contact with a few word telling us what you'd like to do and why?

We can't wait to hear from you!