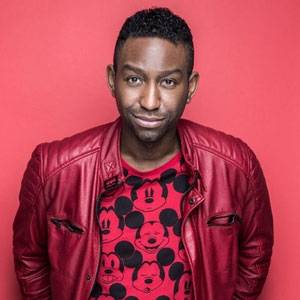 5ik Beats is a radio show mixed by DJ Danu5ik that throws down today’s hottest music every Friday 5-6pm. Whether your musical taste is EDM tracks or some of today’s best dance and pop, you are sure to enjoy these 5ik beats. 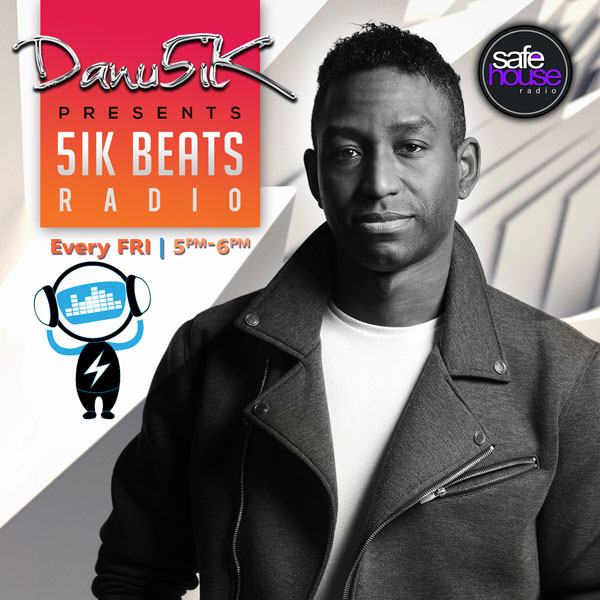 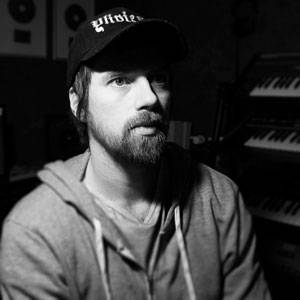 “Loose Tapes” is an incredibly innovative and fantastic new monthly radio show curated by Roisto, From his studio in the mountains of Finland, a journey commences into his love of French House, Nu Disco, Electronic Grooves and Synthesizers (sometimes even WITH his synthesizers and computers getting involved). The unique combination of phenomenal music, languages and location make this a show to really stand out and attract new listeners to your station. Each episode also offers some insight into what Roisto's working on and how.
Be bold and join us as we do radio differently, and come dive into the world and quality music vibes of this ridiculously talented and fun producer.

Dropping every first Monday from 6pm of each month, be part of something very special! Loose Tapes has landed. 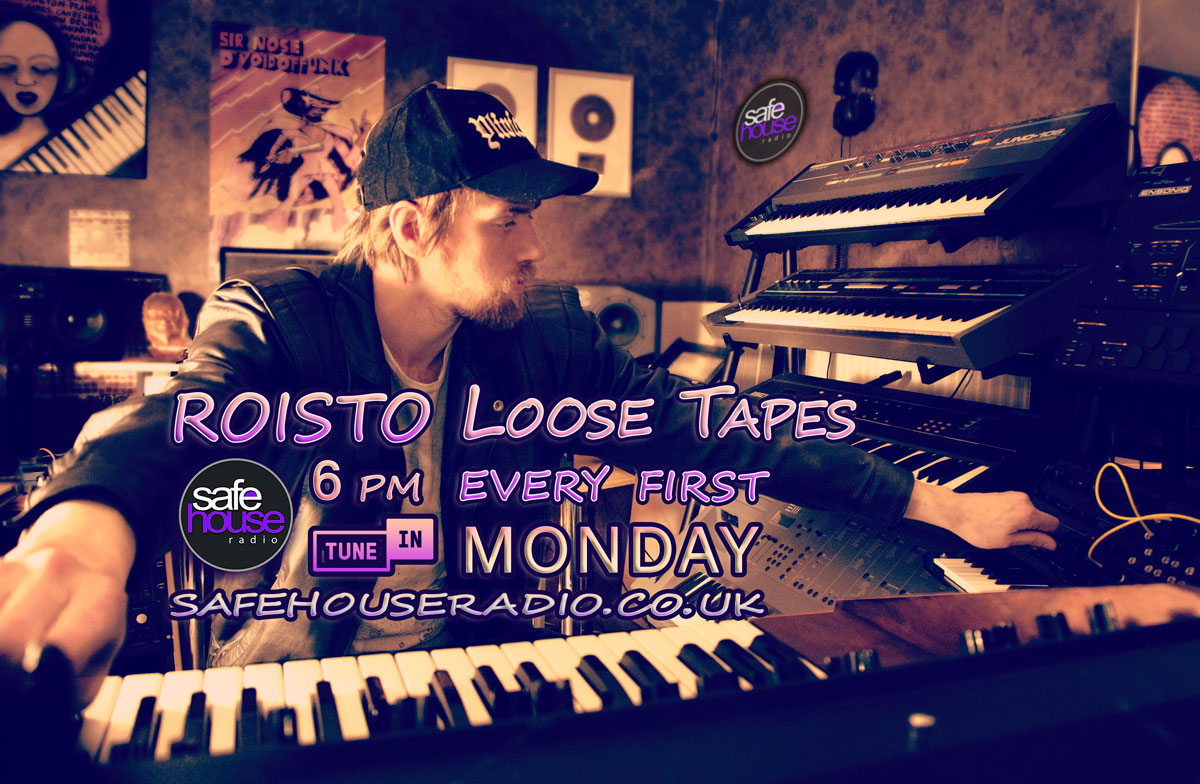 Taking his name from the Finnish word for ‘villain’, Roisto hails from the deep, dark forests of northernmost Finland, where he inhabits a small studio, filled with old analog synths, tape machines, and 12” disco records. It is within the confines of this musical safe haven that he creates his own stylish brand of disco. His debut EP ‘Apart In Love’ featured three original disco tracks introducing the trademark Roisto sound with catchy sampled vocals, slick guitars, and super funky bass-lines. Released by Finnish indie label Youth Control, the EP and the clever music video portraying the ‘Liking’ obsession of Millenials on social media, created a huge buzz. The EP and the video ended up being featured on The Wired, DJ Mag, Music TV, Thump and many others, while MySpace featured the newcomer as “Artist of the Day”. ‘Apart In Love’ was also supported by DJs such as Armand Van Helden, The Magician, Utah Saints, The Swiss, Louis La Roche, The Knocks and many more. After hitting the Hypem top 10 ’Apart In Love’ ended up on tens of playlists, gathering almost 2 million plays on Spotify within a year of its release. The title track ‘Apart In Love’ was also included on Toolroom records hugely popular WMC Compilation, with the ‘Apart In Love – Disco Despair Remix’ being featured on the new Poolside Croatia 2016 collection After the success of ‘Apart In Love’ word of the ‘Disco Wizard’ as stated by Complex started to spread and Roisto found himself in great demand becoming hugely busy in the studio working on remixes for a plethora of artists, including Bob Sinclair, The Magician and Lotus, as well as for labels such as Kitsuné and Spinnin’. With the cold and dark Finnish winter looming ahead, the eccentric ‘Disco Wizard’ keeps his analog synths warm working on his long waited new material, which no doubt will raise the bar for millennium era disco music sometime in early 2017. “The Finnish producer’s new EP ‘Apart In Love’ is neodisco in a class of its own”– MySpace “The weeks best music videos! [Roisto - Apart In Love]” – The Wired “Roisto’s work flows with grace and dance-inducing charm, adding the Finnish beatmaker to the list of potential breakouts for 2015” – Earmilk “Charged, vast in scale, and laden with a beautiful groove.” – Magnetic Magazine “His stylish brand of disco is almost villainous as it will steal your undivided attention” – Kick Kick Snare “Finnish producer Roisto shares an absolutely divine original single “Apart In Love” that is summer pool party worthy.” – Discobelle 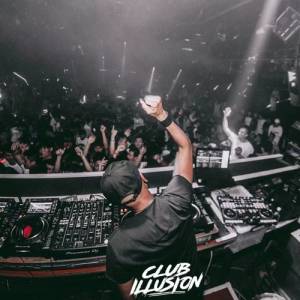 The Drone Pilots....never seen, only heard! Join us on the 1st Monday every month streaming 6-7pm on Safehouse Radio. 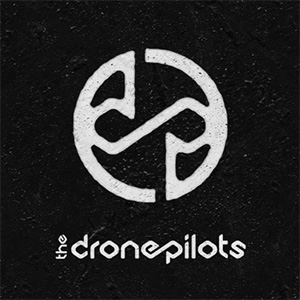 With a style harking back to the lost art of mixing, The Drone Pilots have been exploring atmospheric, deep, and classic progressive genres for more than a decade.
Both producer and DJ, The Drone Pilots' brand of cinematic sounds offers the opening soundtrack for late night parties and downtempo after-hours.
Layering textures of floating aural atmospheres and subtle beats on up to 6 decks, this immersive electronic experience spans time, from the genre's classics to the latest progressive sounds.

A refined mix with a uniquely Cinematic Progressive vibe, as heard on their popular monthly mixtapes.
The Drone Pilots mixtrap drops monthly.

Here's what some other artists are saying:

“The Drone Pilots are a fantastic and fresh take on the mix show. An amazing auditory experience” - BT

"This artist is unique" - Bynomic 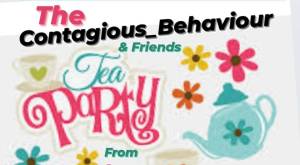 in Live Events
October 16, 2021
Happy Hump Day...
We're Back with another Group of Friends to take you on a Musical Adventure of All Things HOUSE on... 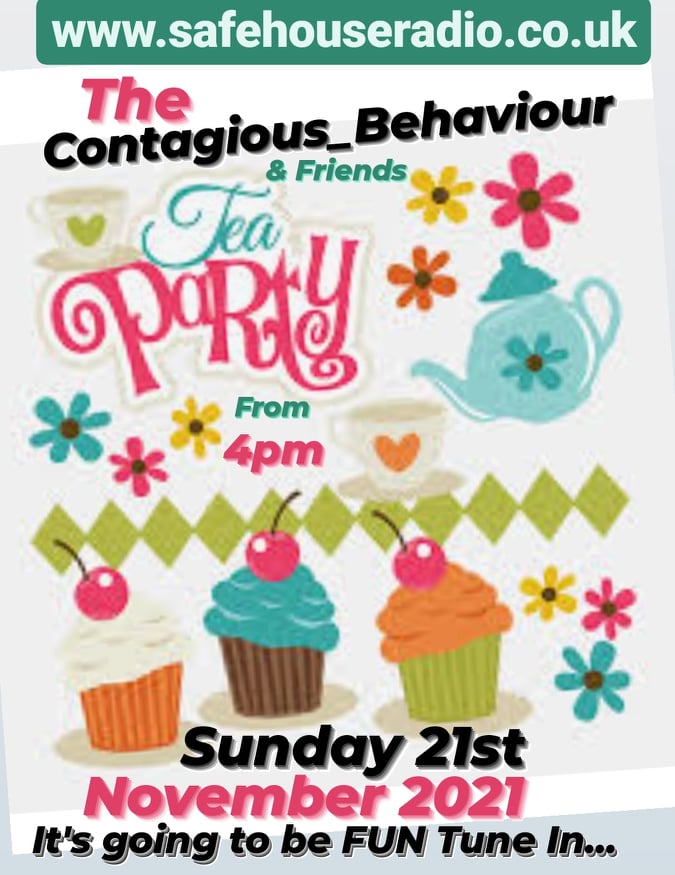